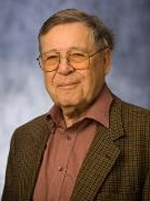 My work has been focused primarily on the study of cognitive development from young adulthood to advanced old age as exemplified by the ongoing Seattle Longitudinal Study which has been conducted since 1956. In that study we have investigated health, demographic, personality, and environmental factors that influence individual differences in successful cognitive aging. This study has also investigated family similarity in cognition, environmental factors, and health behaviors, and has included the long-term follow-up of cognitive training effects in older adults. More recently, we have collected neuropsychological and genetic data that may be relevant to the early detection of dementia, and we have extended our family study to the third generation. Currently, the study is focused on examining midlife cognition for early signs of cognitive decline in old age.

I am also interested in developmental research methodology including applications of the age-cohort-period model to psychology and event-history (survival analysis) methods to issues of cognitive development in adulthood. My contributions to the testing literature include the Test of Behavioral Rigidity and the Schaie-Thurstone Test of Adult Mental Abilities. Earlier in my career I investigated the relationship of color and personality.

K. Warner Schaie is Affiliate Professor of Psychiatry and Behavioral Science at University of Washington and the Evan Pugh Professor Emeritus of Human Development and Psychology at the Pennsylvania State University.​ Dr. Schaie received the Kleemeier Award for Distinguished Research Contributions from the Gerontological Society of America, the MENSA lifetime career award, and the Distinguished Scientific Contributions Award from the American Psychological Association. He is author or editor of 58 books and has written more than 300 journal articles and chapters on the psychology of aging. He has directed the Seattle Longitudinal Study of Cognitive Aging since 1956.​